Whether we like it or not, pop culture has the ability to permeate into so much of our daily lives, influencing the way we dress, talk, act and think. However, the notion of travelling to a far-distant country, just to see where an idol was born, spent time or died may seem morbidly voyeuristic. Yet with the eternal fascination that surrounds the famous, it makes sense that places like the Hollywood Walk of Fame in Los Angeles and Madame Tussauds in London are not enough to satisfy the curiosity of the more than few…

The pilgrimages that people take can be time-consuming, costly and arduous. However this does little to deter those who decide to make the journey. Seeing the homes and birthplaces of iconic figures has always been a popular pastime for tourists (and a lucrative cash cow for those managing it). In many instances the original structure is retained, and often a museum is built around it containing childhood memorabilia. Popular places include Martin Luther King Jr.’s home in Atlanta, USA: 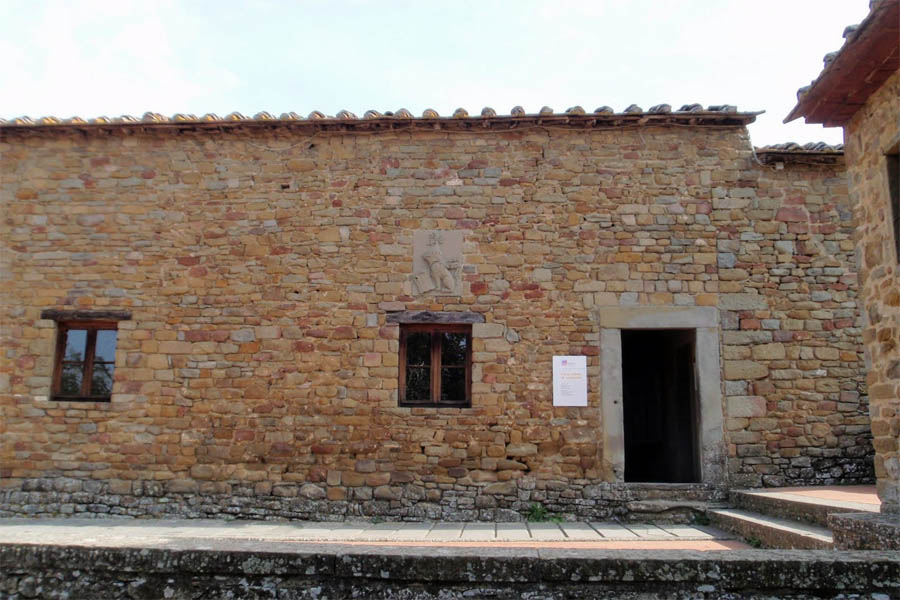 In other instances, the establishment has perished due to fire, floods or other elements of time, so something else has been built in place to signify the iconic place. Like in the case of J.R.R Tolkien’s home in Bloemfontein, South Africa. After being destroyed by a flood in the 1920s, it was incorporated into the Hobbit Boutique Hotel:

In other cases, the birthplace of iconic figures is less clean-cut, such as that of William Shakespeare and Marco Polo, the man whose name has been forever immortalised into a swimming pool game. At least three different countries lay claim to be the birthplace of Marco [Polo]. The Hawley Arms in Camden is famous for their clientele, which included famous musicians with a tendency to drink too much, like Amy Winehouse and Pete Doherty. Winehouse was known to occasionally serve drinks, and was well-liked by the locals. The famous story goes that in 2007, Winehouse sent the landlord of the pub to an awards ceremony to collect her award while she was drinking, which was later kept behind the bar. The Hawley Arms is often visited by tourists for its association with the famous, especially for fans of the late Winehouse.

The places of death for famous people also attract considerable attention, and is often commemorated through a statue or a plaque. Oscar Wilde, Chopin and Édith Piaf are all buried in Paris’ Père Lachaise Cemetery, while Jim Morrison's grave serves as one of the top attractions in a city filled with them. James Dean’s fatal scene of death is also acknowledged by a sign on the intersection between Route 46 and State Route 41.

Park. Visitors are likely to encounter fans singing Lennon’s songs, which has become a semi-permanent fixture in the park. Other more sombre sights include visiting Kurt Cobain’s house, which was sold in 1997. Despite the fact that there is nothing to see, the house attracts many visitors who hope to get a glimpse of the last place Cobain stood while he was still alive. The Hard Rock Café in Las Vegas, where The Who’s bassist John Entwistle died from a drug-induced heart attack in one of the rooms, also gets considerable attention. The hotel refuses to publicly acknowledge which room he died in, which hasn’t stopped fans from flocking to the hotel in the hopes of staying in the same suite as he did. Similarly, the Samarkand Hotel in London, famous for where Jimi Hendrix died, also constantly receives guests wanting to stay at room 507. To deter tourists from flocking to the scenes of historical notoriety, sometimes the place is razed. After O.J. Simpson was arrested for the murder of his wife, his mansion became an unusual tourist attraction, as interest in the case intensified. It was eventually sold and finally bulldozed. Fans of famous figures are known to visit the iconic locations of where novels have been set, such as the hotel from The Shining, The Stanley Hotel, which served as inspiration for Stephen King’s cult classic. When visiting the hotel, guests can go on a guided tour of the room 217, as well as hear tales of supernatural encounters that may or may not have occurred. The film adaption of the novel was set at the Timberline Lodge with the non-existent room 237 being used, at the request of the owners, who worried that guests would be too scared to stay in 217. Contrarily room 217 is requested more than any other room in the hotel.

The novel Into the Wild was based on the writings of Christopher McCandless, who journeyed into the wild to find enlightenment. It was later turned into a movie, making McCandless a folk hero. Fans of the novel and movie have been known to try retrace McCandless’ journey in the Alaskan wilderness and find Bus 142, and just like the hero of the novel, some have died, while many of the other journeyers have had to be rescued. Fans take these journeys to go where their heroes went, to see what their heroes saw, and experience what their heroes experienced. In the case of McCandless’ fans, sometimes the pursuit is dangerously close to replicating it.

[Featured image courtesy of inbatmania]
Back to blog